South Korea, officially the Republic of Korea and commonly referred to as Korea, is a sovereign state in East Asia, constituting the southern part of the Korean Peninsula. The name Korea is derived from the Kingdom of Goryeo, also spelled as Koryŏ. It shares land borders withNorth Korea to the north, and oversea borders with Japan to the east and China to the west. Roughly half of the country's 51 million people reside in the Seoul Capital Area, the second largest in the world with over 25 million residents and rated as Asia's most livable city with the second highest quality of life globally by Arcadis.

Korea was inhabited as early as the Lower Paleolithic period and its civilization began with the founding of Gojoseon. After the unification of the Three Kingdoms of Korea in 668, Korea enjoyed over a millennium of relative tranquility under dynasties lasting for centuries in which its trade, culture, literature, science and technology flourished. The Japanese Empire annexed it in 1910, after whose surrender in 1945, Korea was divided into Soviet and U.S. occupation zones, with the latter becoming the Republic of Korea in 1948, declared to be Korea's only lawful government by the United Nations. However, a communist regime was soon set up in the North that invaded the South in 1950, leading to the Korean War that ended in 1953 with an armistice. Despite minor incidents with the North, peace has since continued with the two agreeing to reunify peacefully and the South dominating inter-Korean politics as a regional power with the world's 10th largest defence budget.

South Korea is East Asia's most developed country in the Human Development Index. Koreans are among the richest in the world, enjoying Asia's highest median income and average wage. It is a top global performer in education, quality of healthcare and ease of doing business. It leads OECD countries in student skills with the highest percentage of young adults holding a tertiary education degree. Driven by high-tech chaebols such as Samsung, the world's largest technology company, Hyundai-Kia and LG, South Korea was named the world's most innovative country in the Bloomberg Innovation Index, ranking first in research and development spent per GDP and patents filed per GDP. It is the world's largest shipbuilder and its advanced ICT sector is the OECD's most value adding, with South Korea having by far the world's fastest Internet speed, ranking first in e-Government, 4G LTE coverage, IoT devices online and second in ICT Development Index and smartphone usage. 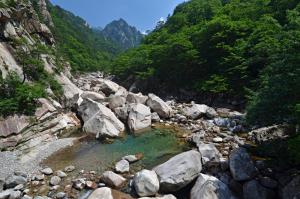 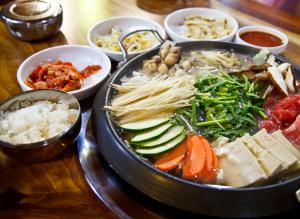 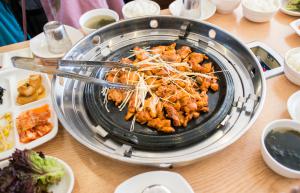 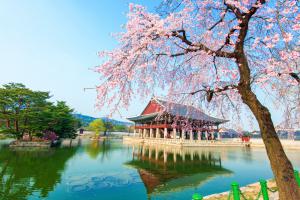 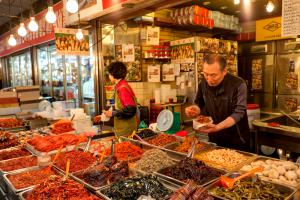 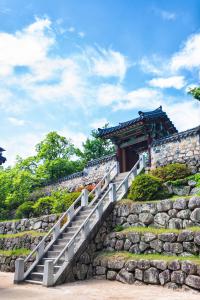 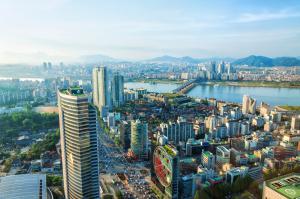